A lockdown also offers the opportunity to reflect on yourself and on life. After the first wave of coronavirus, the HSG Institute for Media and Communication Management (MCM-HSG) studied what emerged for many people in these parts.

30 March 2021. Is my job actually right for me? What is missing in my life? What really fulfils me? During a lockdown, opportunities for life outside the home are limited which makes people reflect on themselves. They have more time to reflect on their own life and at best make new plans. Between September and October last year, MCM-HSG surveyed 269 people (for socio-demographic data see box) about their time during the first lockdown and their attitude to life.

First of all: those taking part in the non-representative survey appeared to be quite happy: The statement “I am satisfied with my life” tends at least to apply most to 73.6 per cent. However, the need to make changes in life appeared to be present in those surveyed. One in four people used the lockdown to reflect on their own professional life. But only around 6 per cent also used the time to fulfil a long-held desire. Instead, many spent more time in nature (58 per cent), took part in more sport (39 per cent) and spent more time with their families (42 per cent).

Many want to take their careers in a new direction

Almost one in three appeared not fully happy with their current professional situation and would like a change of direction (30 per cent). In addition to this, the majority mentioned wanting to get their bodies in shape (57 per cent) as something they wanted to change and many wanted to start a new hobby (39 per cent).

The first lockdown also led to those surveyed finding out more about themselves. People often established that they are actually much more sociable than they had thought (44 per cent). But just 14 per cent were able to discover a new creative talent in themselves. 60 per cent were also somewhat overburdened by the new rules of everyday life and admitted to not being good at organising themselves.

A big need for freedom

To create the freedom required for change, 76 per cent of those surveyed would like a longer period of time out (several months) or a sabbatical, and 40 per cent very much wanted this. Indeed, above all else, those surveyed wanted to travel, get stuck into a hobby or (at last) embark on a project and bring it to fruition. A few inspirational examples are: a long motorbike journey, write a book, train to be an art therapist, travel with the van through Scandinavia and to the North Pole, tidy up the flat/house, spend two months in the mountains doing nothing, learn Arabic, get out of the rat race and put their own thoughts down on paper.

For many people, it's difficult to find out what exactly they want to do with their life. Two researchers at HSG have developed a method to help people: Life Design is a combination of knowledge from positive psychology, behavioural science and design thinking. You can find out more in the video or at this link:
https://www.lifedesignlab.ch/ 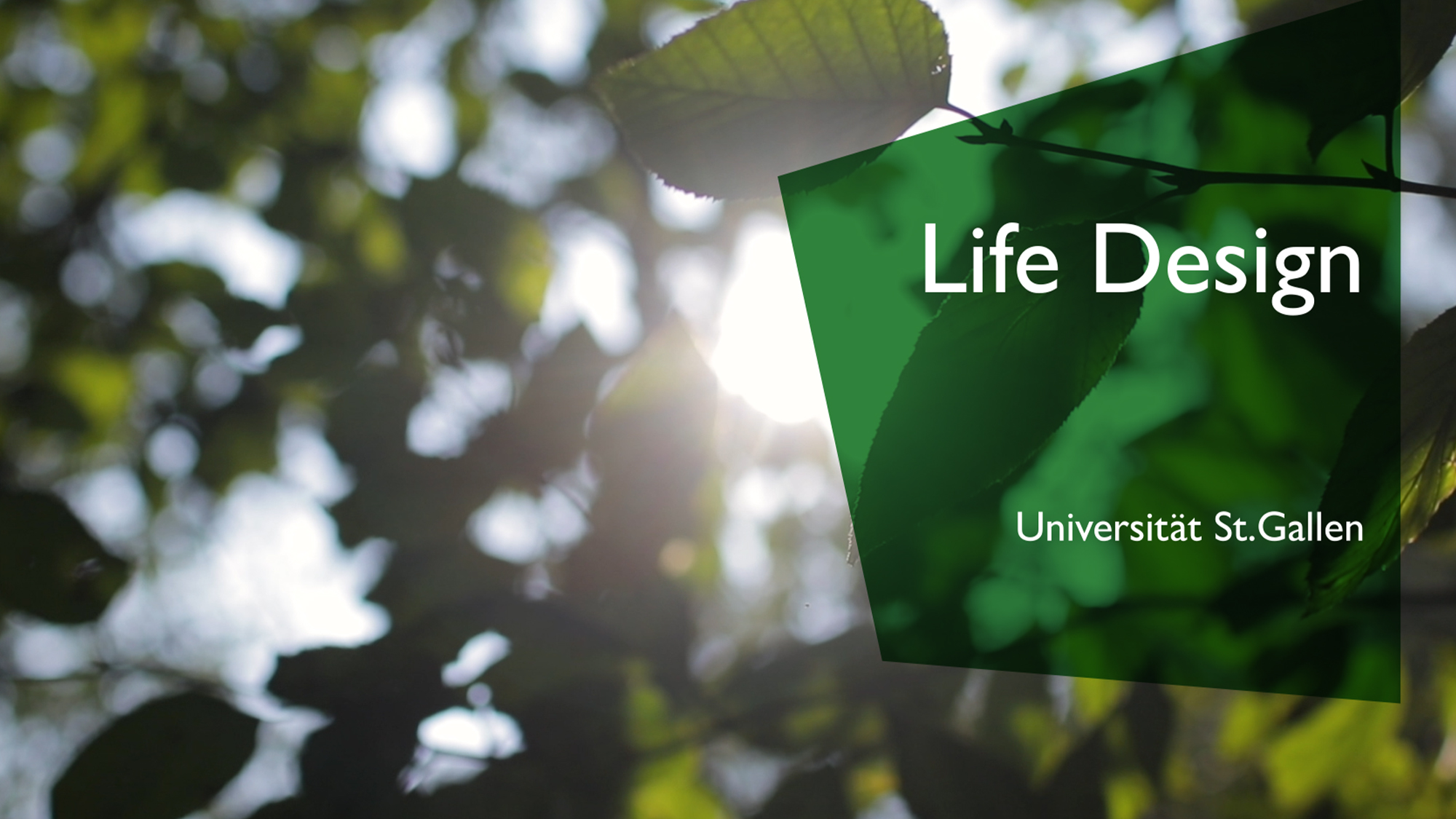 Bringing more of yourself into your life with Life Design

For many people, it is difficult to figure out exactly what they want to do with their lives. Two researchers at the HSG have developed a method that can help: Life Design is a combination of insights from positive psychology, behavioral sciences and design thinking.

Socio-demographic data of those surveyed

The study sample is not representative of the Swiss population. 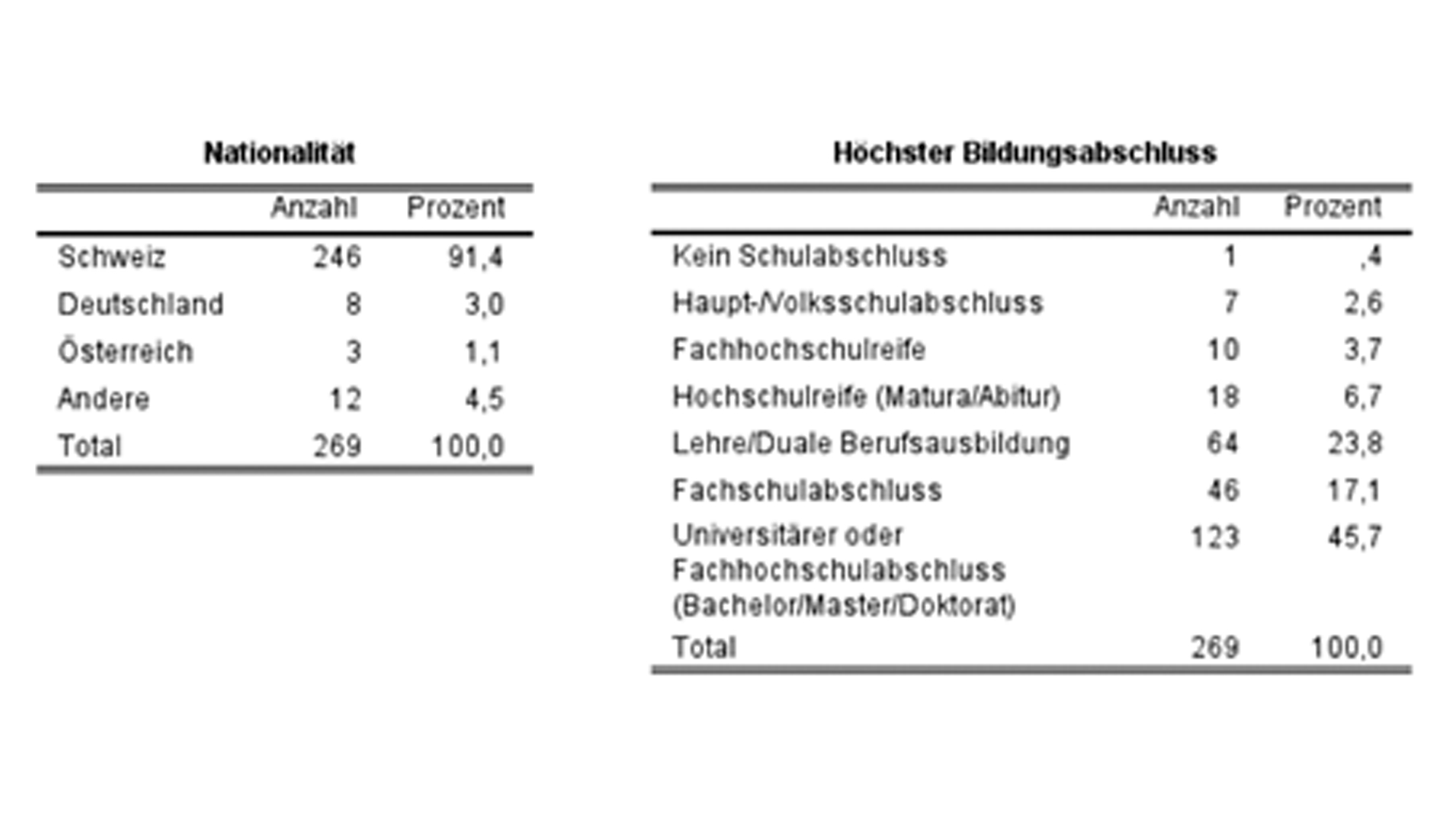 The corona pandemic has boosted digitalisation in executive education. Yet how sustainable will this development turn out to be? Researchers of the…

Hardly any other industry was hit so directly and for so long in the pandemic as the corporate hospitality industry. Larger companies in particular…

Markus Binkert was appointed CFO of SWISS in the middle of the biggest crisis. In March 2020, the wheels of the airline industry came to a standstill.…