Students want to use the roof of the HSG Sports Hall for the production of sustainable power. Crowdfunding is to be employed to finance part of the photovoltaic system, measuring over 1000 m².

14 July 2022. “An additional photovoltaic system on HSG premises could make an important contribution to reducing the University’s ecological footprint,” says Carla Allen. The 24-year-old is studying at HSG on the Master in Business Innovation course.  Alongside 10 fellow students, she has been working for months on the vision of a photovoltaic system on the roof of the HSG Sports Hall. The system, measuring 1,050 m2, should produce enough clean power in an average year to cover two thirds of HSG’s electricity requirements. 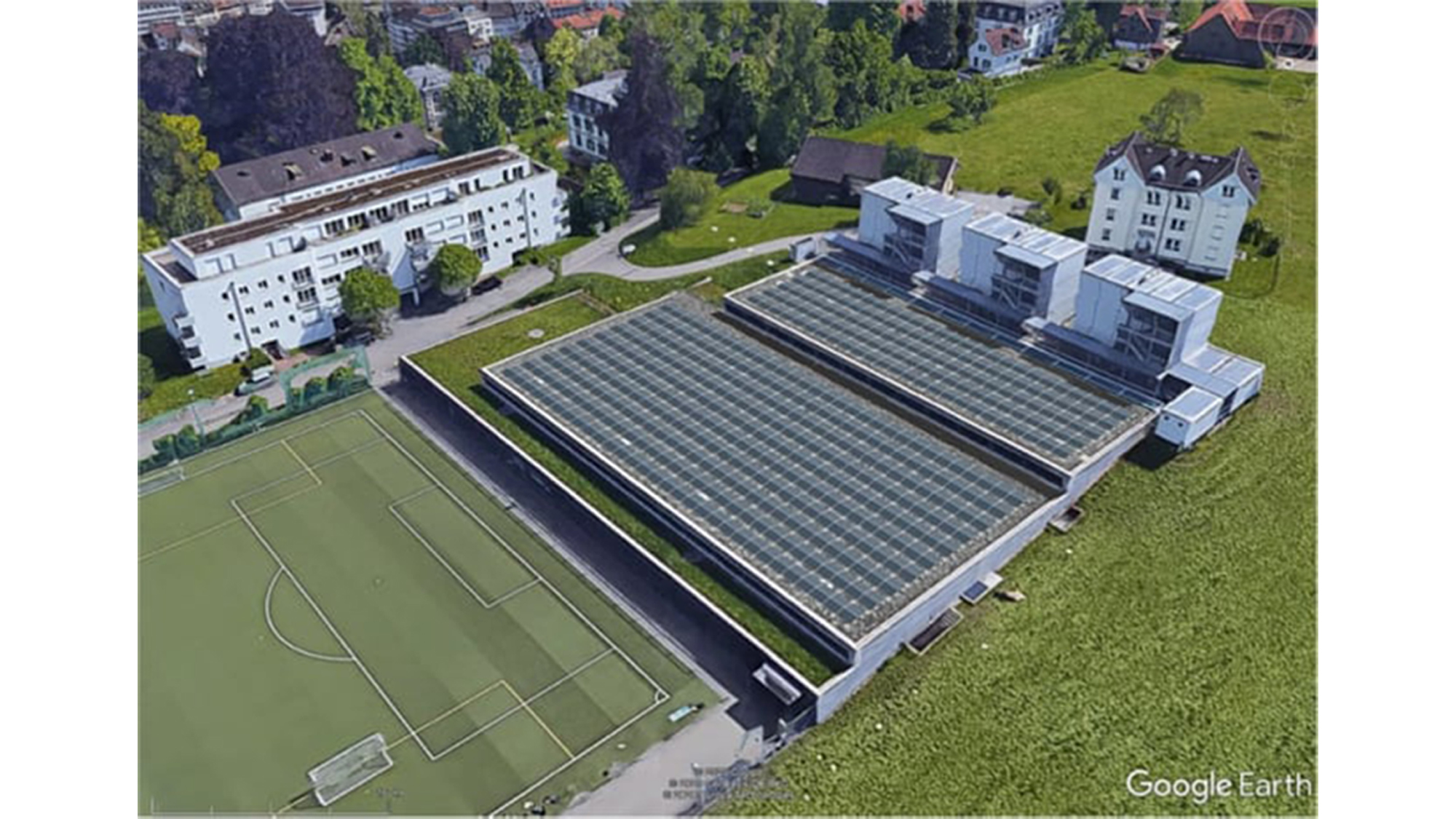 The project is at a crucial stage: the students have obtained quotes from various providers of photovoltaic systems. The plan is for such a provider to bear the majority of the construction costs amounting to around CHF 300,000 and to then operate the system afterwards. The students want to use crowdfunding to pay for more than 10 per cent of the investment themselves. The goal of the crowdfunding, which continues to run until 22 July, is a total of CHF 35,000. Contributions of as little as CHF 50 are possible.

The idea for the system arose in 2020 in the HSG course “Managing Climate Solutions”. In this programme, Master’s students from various subject areas work on the identification and implementation of solutions to combat the problem of climate change. For the planning of the photovoltaic system, the students split up into teams: some of them worked on the technical basis of the system and held discussions with solar providers. Others obtained the necessary approvals from the University and the Canton of St.Gallen – which owns the HSG Sports Hall. “We progressed the project from the initial idea to concrete planning and learnt a great deal,” says Allen. “We were motivated by the fact that we want to have the greatest possible effect as students in the climate field.” Feedback on the project has been very positive to date, even though there is still a relatively long way to go until the crowdfunding target of CHF 35,000 is achieved. “We are continuing to activate our networks and are hoping that the required amount will come together,” says Allen.

With crowdfunding, only if the community makes the entire amount available will it be paid out to the initiators. Nevertheless, it wouldn’t be the end for the project if the CHF 35,000 were not to be obtained. “In that case, we would look for an operator that would bear the entire costs on their own,” says Allen. The contract for the construction of the system should be awarded this summer. Construction should then start the following year. “However, demand for photovoltaic systems is currently very high, which makes precise timetabling difficult,” says Allen.

Photovoltaic system on the roof of the HSG library.

The use of HSG roofs for sustainable energy production is already evident on several buildings: in 2021, new photovoltaic systems were installed on the roof of the renovated library and on SQUARE. A similar system has already been in operation on the roof of teaching building 23 since 2014. HSG now covers its energy requirements entirely from hydropower and its own PV production. It is also one of 14 Swiss universities to have committed itself to reducing its emissions to net zero by 2030.

“To counter climate change, start-ups and large companies must cooperate”

It’s time for a change in Germany’s climate strategy

Germany’s efforts to reduce CO2 emissions domestically are a drop in the ocean: Germany is responsible for a mere two percent of global carbon…

Employees concerned about sustainability are normally highly engaged in their work environment. This is shown in a study by an international team of…