With over 130 student clubs and initiatives, at the University of St.Gallen (HSG) there is a great deal on offer for students to get involved with. The offering ranges from specialist exchange on specific topics to sporting and cultural activities, through to the organisation of events with significant international appeal, such as the St.Gallen Symposium or the START Summit.

The huge landscape of associations at the University of St.Gallen (HSG) enables students to engage with a variety of activities: alongside career and interest networks, sports clubs, cultural, music, and art societies, there are also societies that pursue charitable causes or advocate for social and environmental issues. In short: there is practically something for everyone among the more than 130 student clubs and initiatives. Many students take advantage of this offering and gain valuable experiences alongside their regular studies at HSG, from which they benefit both personally and professionally.

Contributions to the engagement of HSG students

The umbrella organisation for all students and student clubs is the Student Union (SHSG), which benefits from its well established structures. For example, the Student Council, which serves as the legislative body, with its own committees, or the annually newly elected Executive Board. The remit of the Student Union is to represent all students vis-à-vis the university and other stakeholder groups. In addition, there are five initiatives that belong to the SHSG. Currently, these are the official HSG student magazine prisma, Ressort International, a platform for organising international encounters for students and Bereich G, which, among other things, runs the campus bar [ad]hoc. In addition, there is also the Scripts Commission, which sells study materials to students at affordable prices to students, and the Infrastructure Initiative, which provides various co-working spaces and event locations. Another important service provided by the SHSG is the SHSG Campus app, which brings all relevant information about their studies directly to students’ smartphones (iOS and Android).

The students of HSG are also represented on the university’s committees, where they can voice their concerns. Time and again, students have brought fresh impetus to proceedings or contributed to decisions, which have helped to decisively shape HSG. For example, students may also have their say in the Senate – the highest academic organ of the university – thereby incorporating student perspectives into decision making.

St.Gallen Symposium: Dialogue instead of protest

The University of St.Gallen is particularly proud of the internationally renowned St.Gallen Symposium, which has been almost exclusively organised by HSG students for 50 years. In order to do this, those involved postpone the continuation of their studies for a single year. Influenced by the protests of the 1968 movement, a group of HSG students at that time sought to find other ways to have their voices heard. In 1969, they brought the International Students’ Committee (ISC) into being in order to establish a “Cross-generational dialogue”. To this end, the first “International Management Conference” took place a year later, before even the first WEF in Davos. Today, the conference, now referred to as the St.Gallen Symposium, is a permanent fixture in the event calendar and consistently brings leading minds from the world of business, politics and society to eastern Switzerland. Past attendees have included Kofi Annan, José Manuel Barroso, Jane Goodall, Christine Lagarde, Jack Ma, Satya Nadella, Andreas Rasmussen, Paul Volker, Muhammad Yunus and many more. 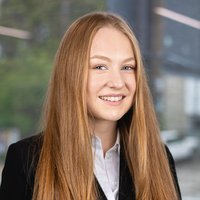 “I make sure important university decisions are also informed by the opinion of students. My input is heard and appreciated. Working together with the university in the spirit of cooperation enables us to implement and advance the projects of the SHSG.”

“Each year, around 30 students volunteer for our mission to bring global leaders together with the next generation in order to shape the world of tomorrow. As a team, we learn how to shape a project together with an entrepreneurial mindset.” 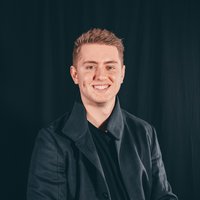 “With our team of over 75 student volunteers and pan-European chapter network, we are committed to creating the next generation of entrepreneurs who will make a sustainable difference in our world.”

Post-university engagement with the alma mater

Student engagement is certainly also a reason that many HSG alumni feel a deep sense of connection to their alma mater even many years after their graduation. HSG Alumni, the official organisation of former students of the University of St.Gallen has around 33,000 members and is one of the most significant and active alumni associations in Europe. Our alumni pass on their knowledge in various ways to today’s generation of students. One example of this is the HSG mentoring programme, in which questions around personal and professional development can be discussed with experienced professionals. For about two years, students meet with their personal mentor for regular discussions. Around 80 per cent of these volunteer mentors are HSG alumni. The same applies to the HSG coaching programme, in which around 60 newly enrolled students take part each year. Experienced coaches, alumni and also researchers and other staff working at HSG contribute to the programme on a voluntary basis and advise the students about their personal development.