Covid-19 & Ibuprofen: Guido Cozzi on the effects of fake news

Professor Guido Cozzi from the School of Economics and Political Science (SEPS) looks at how inaccurate reporting involving non-steroidal anti-inflammatories drugs (NSAIDs) had an adverse effect during the early stages of the coronavirus outbreak.

15 January 2021. As we have seen, the SARS-CoV-2 is a dangerous virus that in acute cases causes severe inflammation requiring regular anti-inflammatory treatment, controlled and prescribed by doctors. This Covid virus can trigger a cytokine syndrome with endothelial lesions and pulmonary thrombosis. To counter this, the use of powerful anti-coagulants, such as Heparin, has been successfully employed for severe hospital cases in Europe.

Quite sadly, a Chinese study of 24 February 2020 was reviewed by The Lancet Respiratory Medicine on 11 March 2020. The article suggested that the use of Ibuprofen made the health outcomes of Covid-19 worse. Consequently, on 14 March, the Minister of Solidarity and Health for France, Olivier Veran, warned against using Ibuprofen for Covid-19 infections and recommended paracetamol. His warning was seen in chatrooms and social media globally and many sick, self-medicating people suspended their use of non-steroidal anti-inflammatories drugs (NSAIDs) in particular.

One can track the impact of this news in the French population by the number of Google searches for Ibuprofen, which started to peak precisely on March 14, as shown by the following figure: 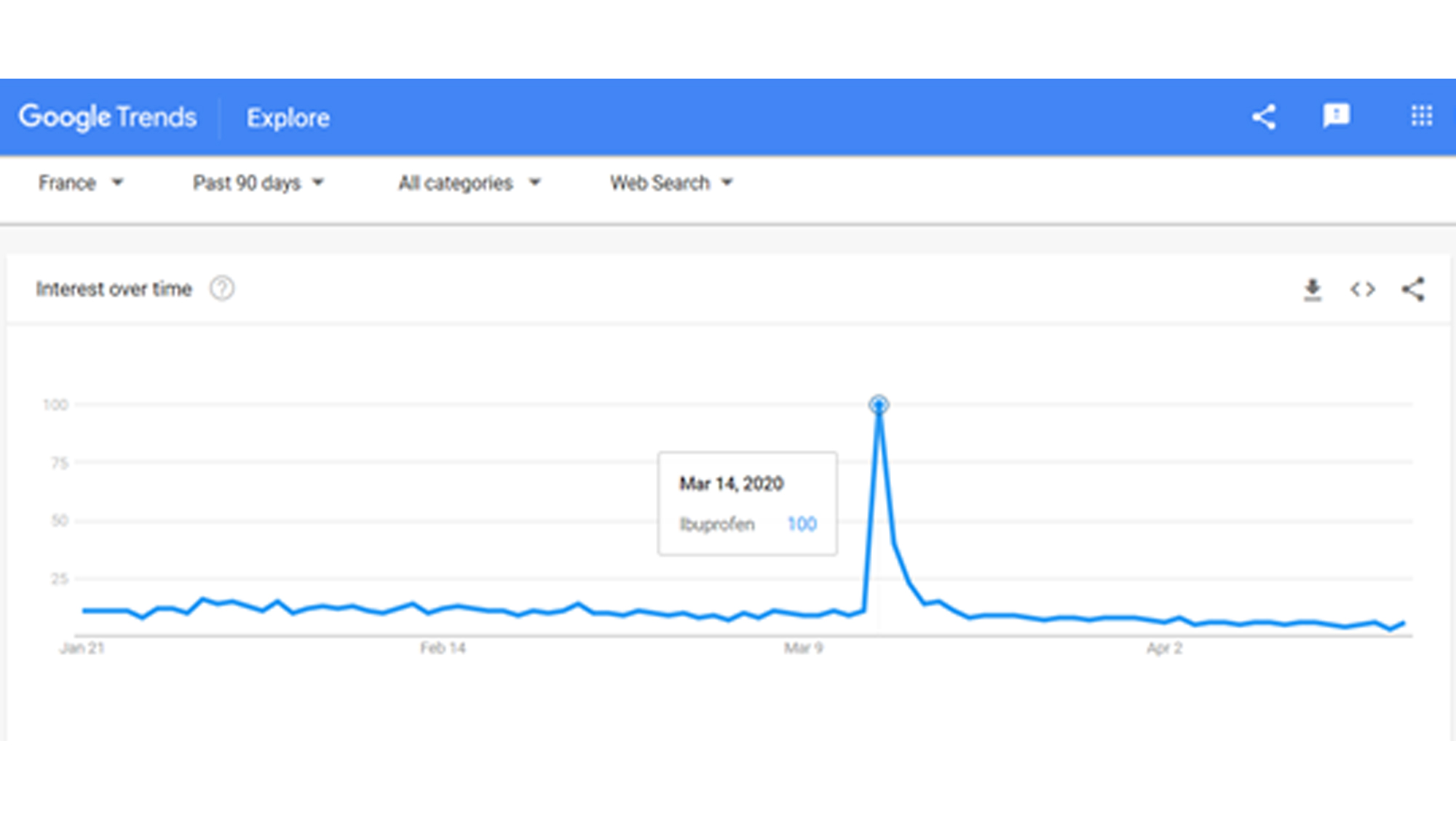 In due course, the European Medicines Agency and the World Health Organization tried to reassure the global population that there was, in fact, no scientific ground for suspending NSAIDs during Covid-19. Unfortunately, panic had already spread and it would take weeks if not months to reverse this piece of inaccurate information.

Not only did the panic affect the use of Ibuprofen, but is also spread to other anti-inflammatories as well. People with intense Covid-19 symptoms started medicating themselves only with Paracetamol, which, it turns out is useless against inflammation and thrombosis— and deprived victims of NSAIDs’ anti-inflammatories and anticoagulating properties. I suspect this mistake contributed to the high death toll of some countries. Most notably, the number of people dying of Covid-19 in France then started growing massively, as shown by this figure: 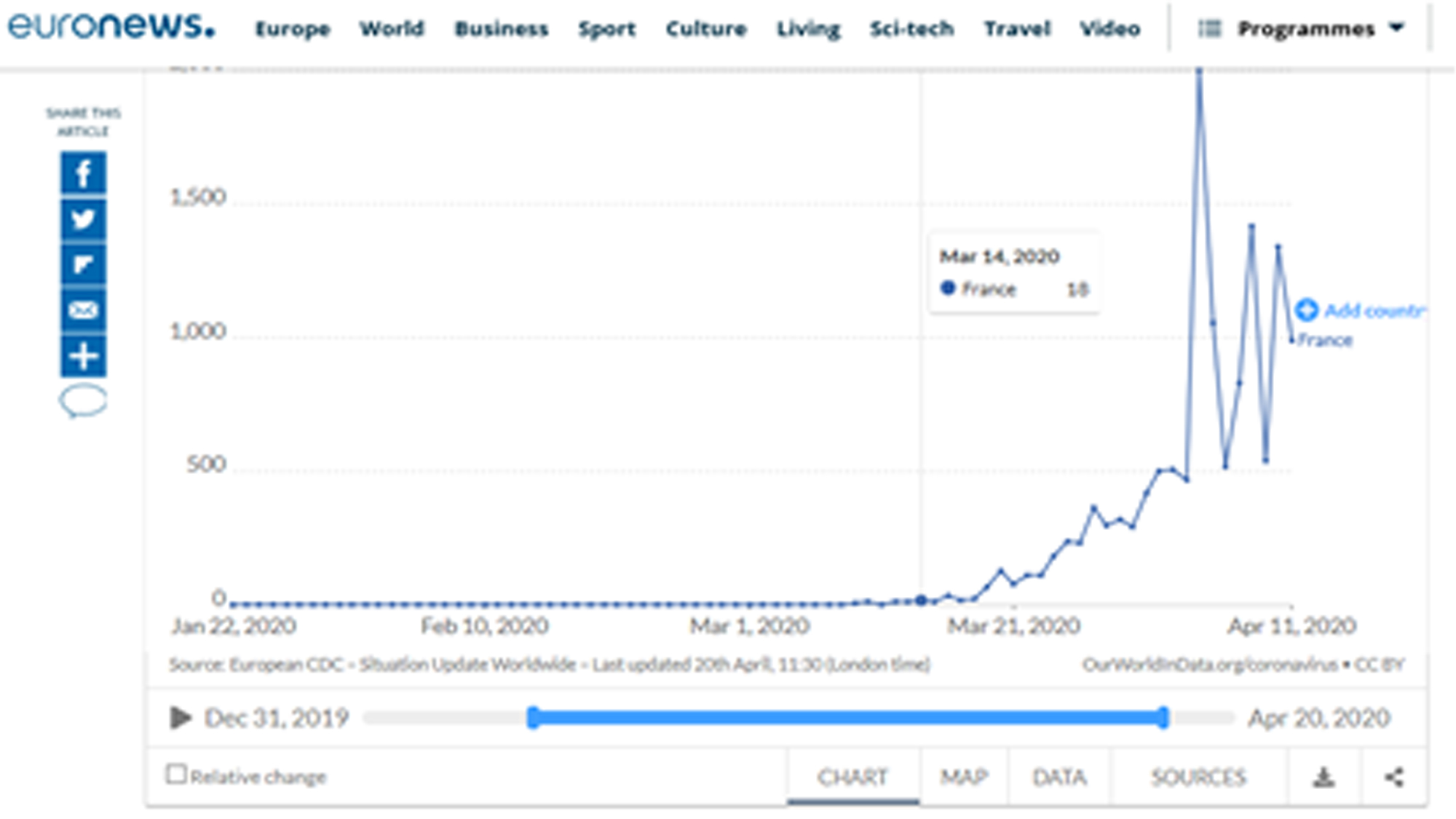 Similar patterns followed in the UK and other countries. Similar fears also seemed to prevail in the United States. In a second case which started on March 26, the  avoidance of Ibuprofen was triggered by a Tweet which had no basis in science. The next day it was ubiquitous on Social Media. 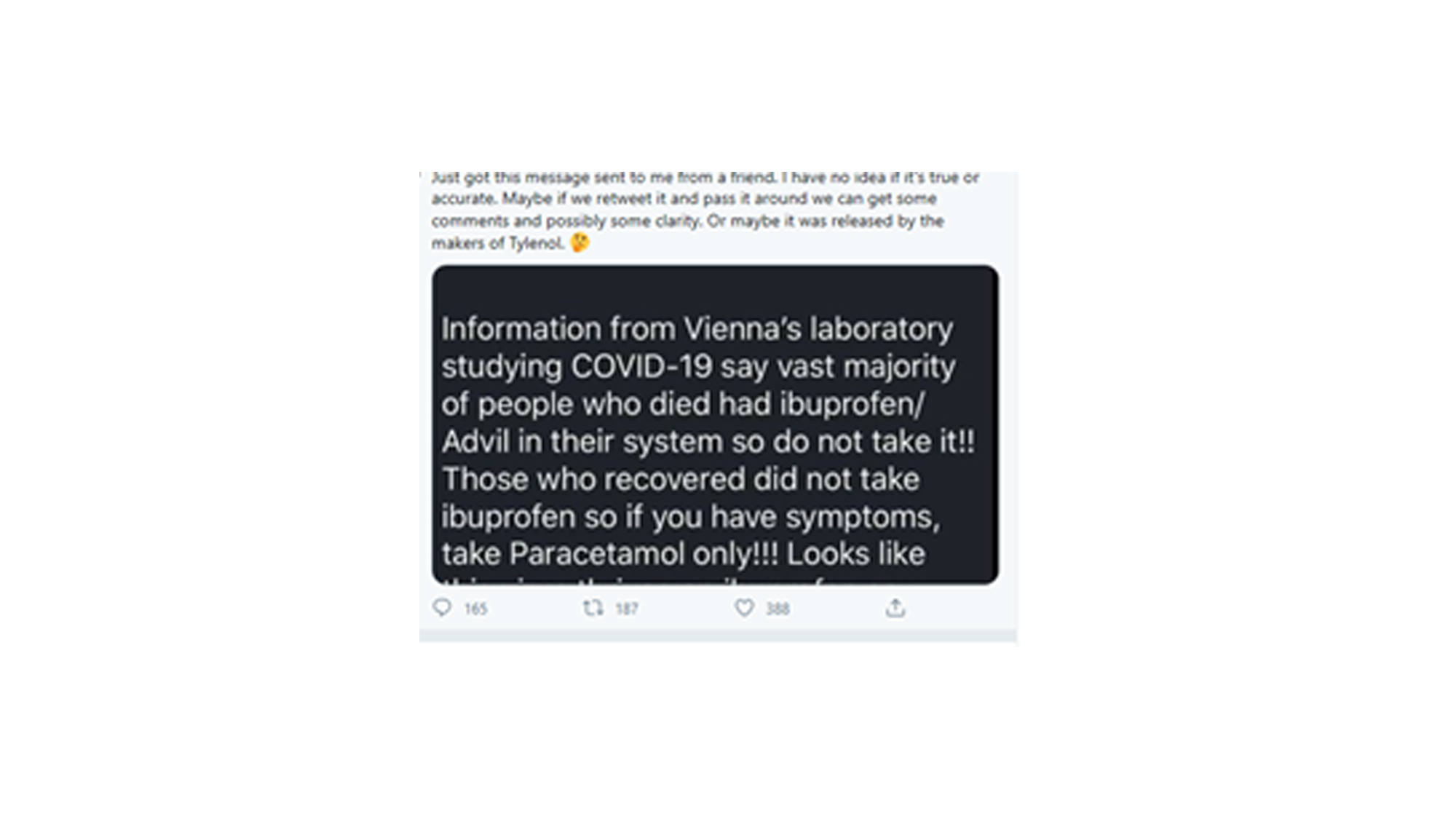 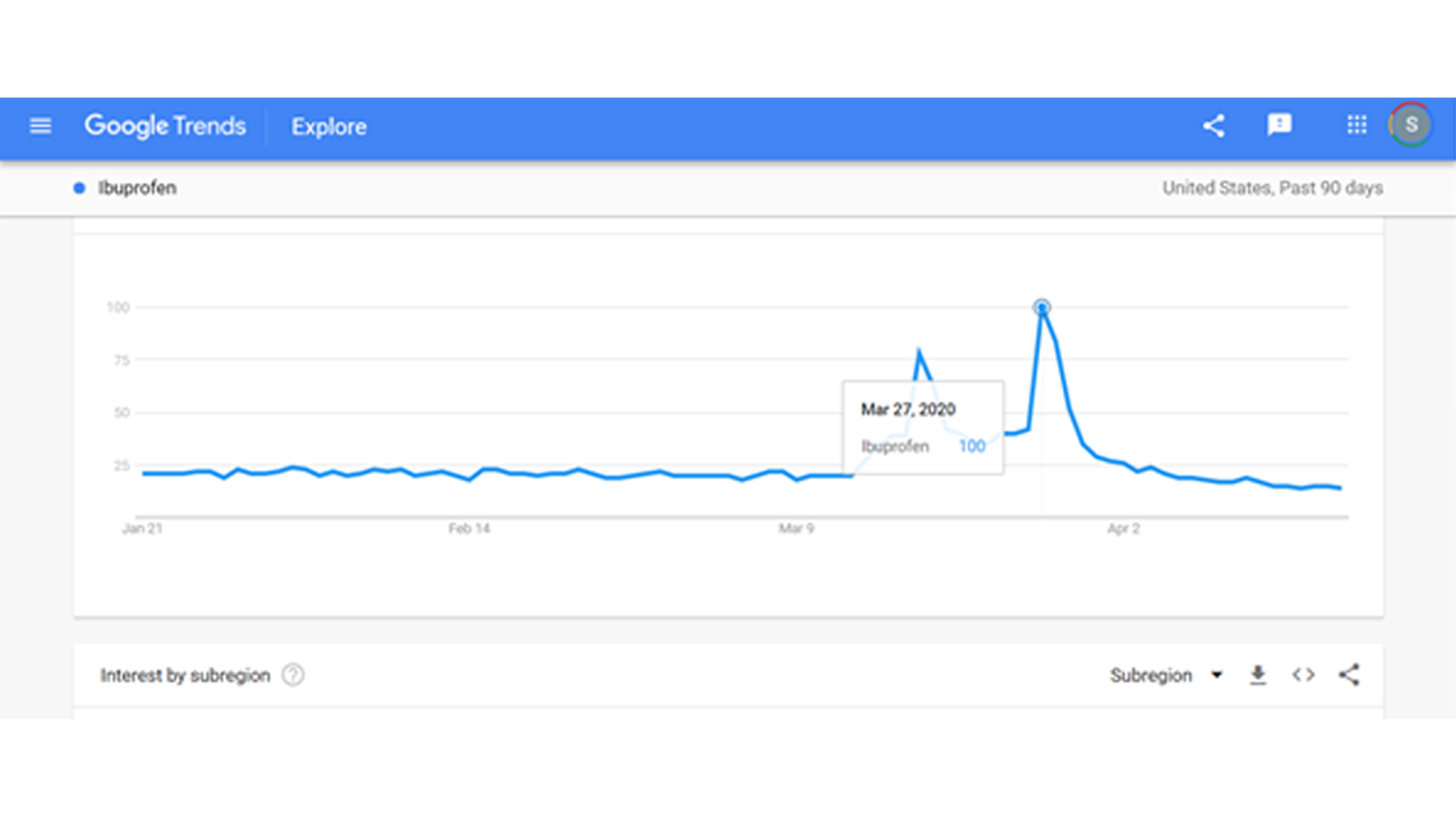 Notice that this peak dwarfed the previous height of March 18, in which the US government had officially reassured the public about the use of Ibuprofen – contrasting the French Minister’s warnings. 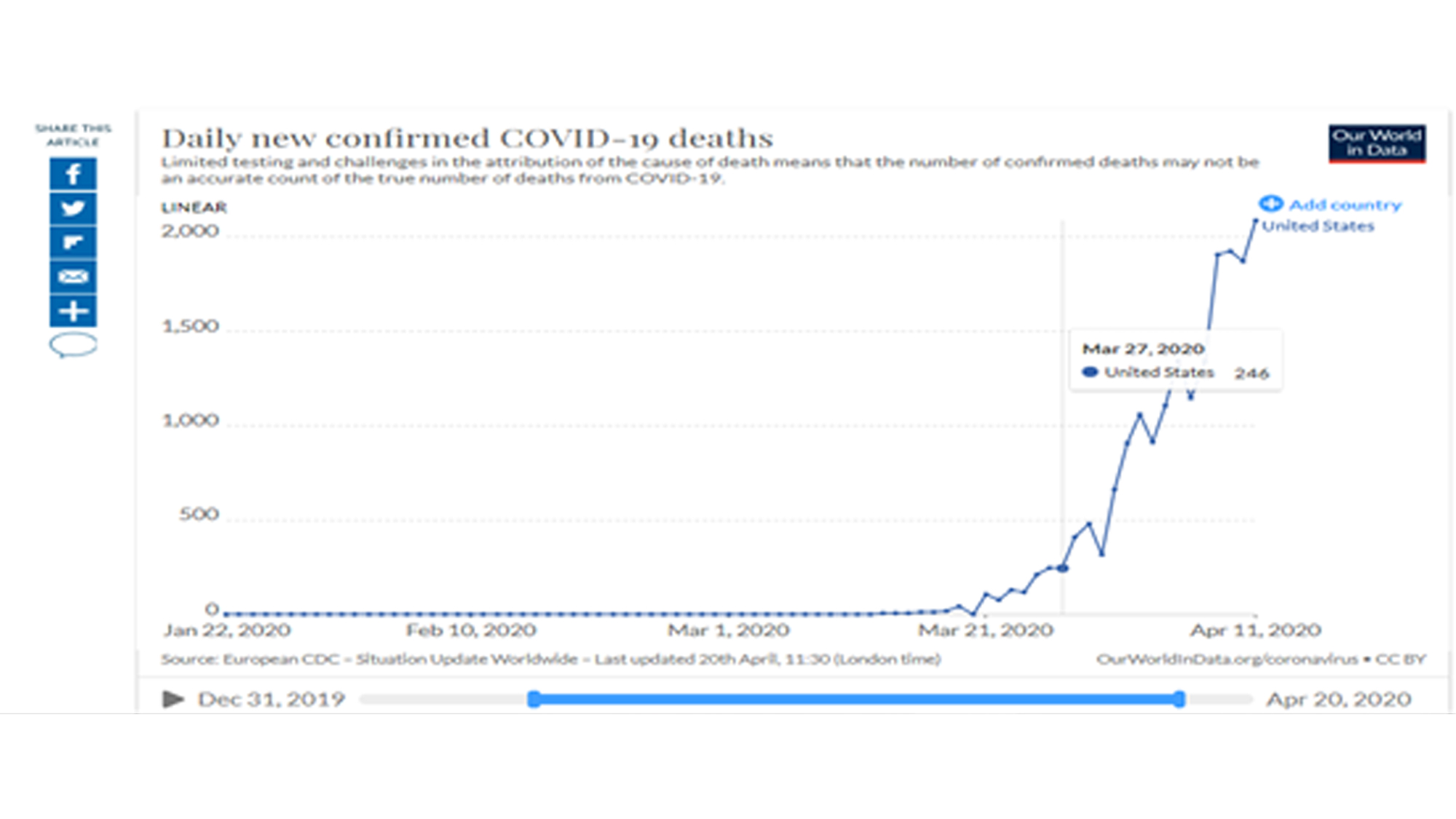 Now what I am showing is just a correlation, with no clear causation implications and this case of misinformation obviously is not the only cause of the increase in Covid numbers. Too many interacting factors, including the infection dynamics itself, would need be controlled before concluding that NSAIDs ostracism caused such a substantial death rate increase.

However, we can conclude that this spread of fake news in the infancy and first wave of the pandemic misled several patients into not using anti-inflammatories in the crucial early phases of their Covid-19 sickness. At the very least, this case should be a useful lesson to those who react to Social Media stories before considering the source, and for those who argue that fake news doesn’t cause measurable harm.

The corona pandemic has boosted digitalisation in executive education. Yet how sustainable will this development turn out to be? Researchers of the…

Hardly any other industry was hit so directly and for so long in the pandemic as the corporate hospitality industry. Larger companies in particular…

Markus Binkert was appointed CFO of SWISS in the middle of the biggest crisis. In March 2020, the wheels of the airline industry came to a standstill.…