Only a few manage an academic or a musical career. Paula Bialski has done both. In the interview, she shares the story of her band “Paula & Karol”, how she experienced the pandemic as a musician and how she tries to be a role model for her students.

Paula, you are an Associate Professor of Sociology of Digitisation at the University of St.Gallen. At the same time, you are a pretty successful musician. Even the Guardian listed your band “Paula & Karol” in their “sound of 2011 around the world”, stating that „They are Poland’s new superheroes. Not the tight pants, fluttering cape kind. More like, come to our concert – we’ll break your heart, and then we’ll fix it up kind.” Tell us a bit about the history of your band.

12 years ago, I worked on my Ph.D. at Lancaster University’s sociology department and I wasn´t thinking about a musical career at all. However, I enjoyed singing at parties and when I came back to Warsaw for a visiting lectureship, I asked a few friends if they knew a choir or anyone who wanted to sing together. Karol was looking for somebody singing background vocals and a mutual friend of ours put us together. First, I thought I wasn't good enough for that since I never really trained my voice but then we just naturally started to make music together. You must know it´s not easy to create songs together, bands usually start playing cover songs. But Karol found the musician in me that wasn’t there before. Music is extremely social. It´s not only music, it´s musicking – as the musicologist Christopher Small calls it - it´s all about togetherness.

Music is extremely social. It´s not only music, it´s musicking – it´s all about togetherness.

You not only connect the world of academics and art, but also two cultures, since you are Polish Canadian. How do these two cultures differ musically?

We started making music at a time in Poland where a lot of music bars were opening up. The post Socialist Poland in the 90s and 2000s when I was there was just catching up to the rest of Europe in terms of nightlife and culture. Band culture was 10-20 years behind of what was happening in Germany, for example. People rarely went to restaurants and there wasn´t a lot of infrastructure for playing music. In Canada, you just make music at a kitchen party. As non-professional musicians singing in English, we were something special at this time, at around 2009 when we started playing. We quickly became very popular, even on YouTube, which is now completely normal but was the exception then. We were supported by the Polish Adam Mickiewicz Insititute to play at festivals in Ukraine, Iceland, Canada. We became the face of a young new Poland that is open to the world. 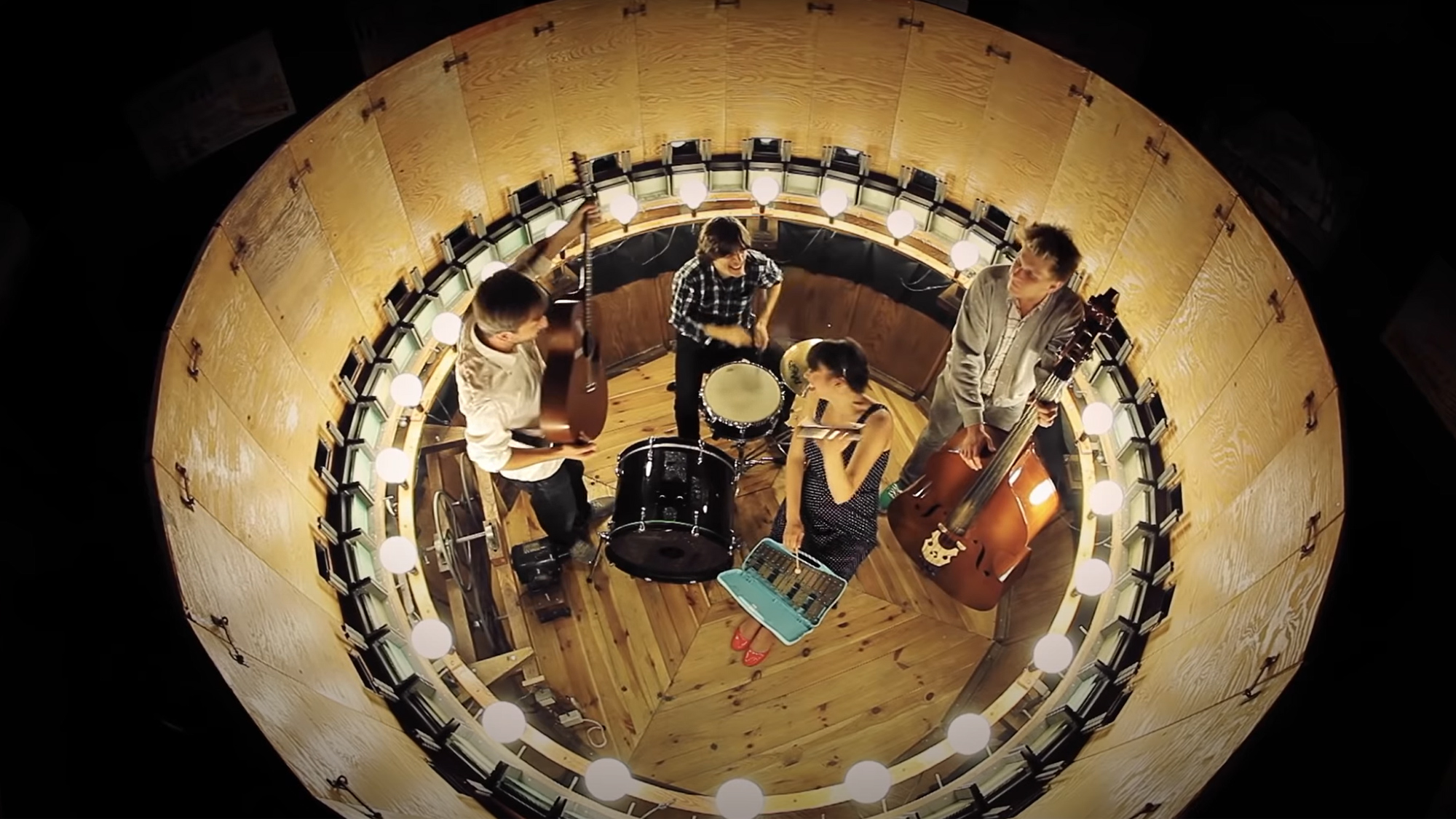 Why did you ultimately decide to pursue a career in science despite your success?

After I finished my Ph.D. I decided to take a break for about two years and just focus on my music. At that point I really didn´t know which way to go. I love music, but I also like research, it was a real struggle. Maybe I was very rational, but I thought being an academic is safer as a career. Moreover, touring is difficult and not much of a “female sport”. It´s a lot about hanging out in bars till early in the morning, that got a bit tiring after a while, so I had to stop.

But obviously, you didn´t stop completely.

Yes, this is what I like about the University of St.Gallen. The appointments committee basically said: We hire you because of your research but we also hire you because you are an interesting person from whom our community and our students will benefit. It was so refreshing that I didn´t have to hide this other life. This is anything but a given. At other universities, I was advised to make a clear decision.

Both worlds do suffer, but both do benefit as well.

Your music still has a high degree of professionalization. How do you manage to combine these two worlds? Is it a problem for your band that you’re not 100 per cent “all in”?

It is and it isn’t at the same time. Karol is very supportive and sticks by me. On the one hand we play less concerts and we are not as successful as we could be. On the other hand, I can use my connections to bring our band to places we haven’t been before. During the exams last June, we released our new album and had time to tour. But this also means I have less time to publish more articles which would be good for my academic career. Then again, I can use my experience in my lectures and view things from a different angle. You see, both worlds do suffer, but both do benefit as well.

How did you experience the pandemic as musicians?

It was very hard not to meet our band and not to perform or rehearse. I didn´t realize how important that was to me until then and it made me even more serious as a musician. We were so hungry to get back in June! Music creates such an important space in society for people to come together to make music, to listen to music, to talk, to share ideas. The audience and the musicians together create something new that cannot be replaced by listening to music at home or by rehearsing. Music is an essential service that cannot be substituted even if it´s not regarded as such by most governments.

I try to be a role model and show that you can do both – music and a “serious” career.

You also deal with the topic of music in your courses. The podcast "Music in Lockdown" emerged from your course "Sounds & Society". How are such topics received by our business school students?

There are many students who are interested in music from a business perspective, which is totally fine. But there are also a lot of students who are musicians or producers themselves. Others always wanted to study music, but they (or their parents) were afraid of taking the risks. They are happy to be able to engage with music. I try to be a role model and show that you can do both – music and a “serious” career. I tell my students that they don’t have to give up music, even if they end up working for McKinsey. (laughs)

Prof. Ph.D. Paula Bialski is Associate Professor of Sociology of Digitisation at the School of Humanities and Social Sciences (SHSS-HSG).

To find out more about the appointment, the role and future issues in the SNB Bank Council, we sat down with Professor Ranaldo.

Since 2009, the SNSF has awarded the Marie Heim-Vögtlin Prize to outstanding young female researchers. Prof. Dr. Anna Elsner will receive the award on…