23 September 2022. For the regular students, this was the first day of the academic year – for the doctors, it was the last one, said President Prof. Dr. Bernhard Ehrenzeller in his address. It was a look back at intensive years: doctoral studies often resembled a “state of emergency”, a “scientific dive into the depths of the subject matter” – from the research proposal and the first presentation before an audience of academic specialists to the finish and the defence. Some of the doctors will continue to dive; for the majority, however, the degree will mark their “coming to the surface” in the private or the public sector, said the President.

Cardinal virtues as a mainstay

Doctoral studies were also a time of extremes, Bernhard Ehrenzeller explained. Whereas formerly, one could hear the reproach that a downright “doctoritis” was rampant in German-speaking countries, the circle of doctors was now getting smaller. President Bernhard Ehrenzeller congratulated the new doctors on their degrees: “You may well, indeed you should celebrate this extraordinary achievement!” And he hoped that they would also remember days during their doctoral studies when they had had time for reflection and fun, namely “days of temperance”. He invited the doctors to conceive of the cardinal virtues – prudence, justice, fortitude and, in particular, temperance – as a mainstay. Not in the sense of a doctrine of renunciation; rather, in order to find the right balance in life.

Finding the right balance
Temperance as a virtue derived from the Latin term temperare, which did not only mean to “temper” and to “restrain”, but also to “put something into perspective”, explained the President. “Finding the right balance” was indeed the topic of his address. The doctors had had to forego a number of things during their doctoral studies. For instance, a great deal of spare time was invested in science. For the upcoming stage in the doctors’ lives and careers, President Bernhard Ehrenzeller asked them to bear in mind that “temperance should not mean that you shouldn’t be passionate about something – but not so fervently that you burn out, for “it is only when we find the right balance, set the right priorities in life that we find true happiness”. 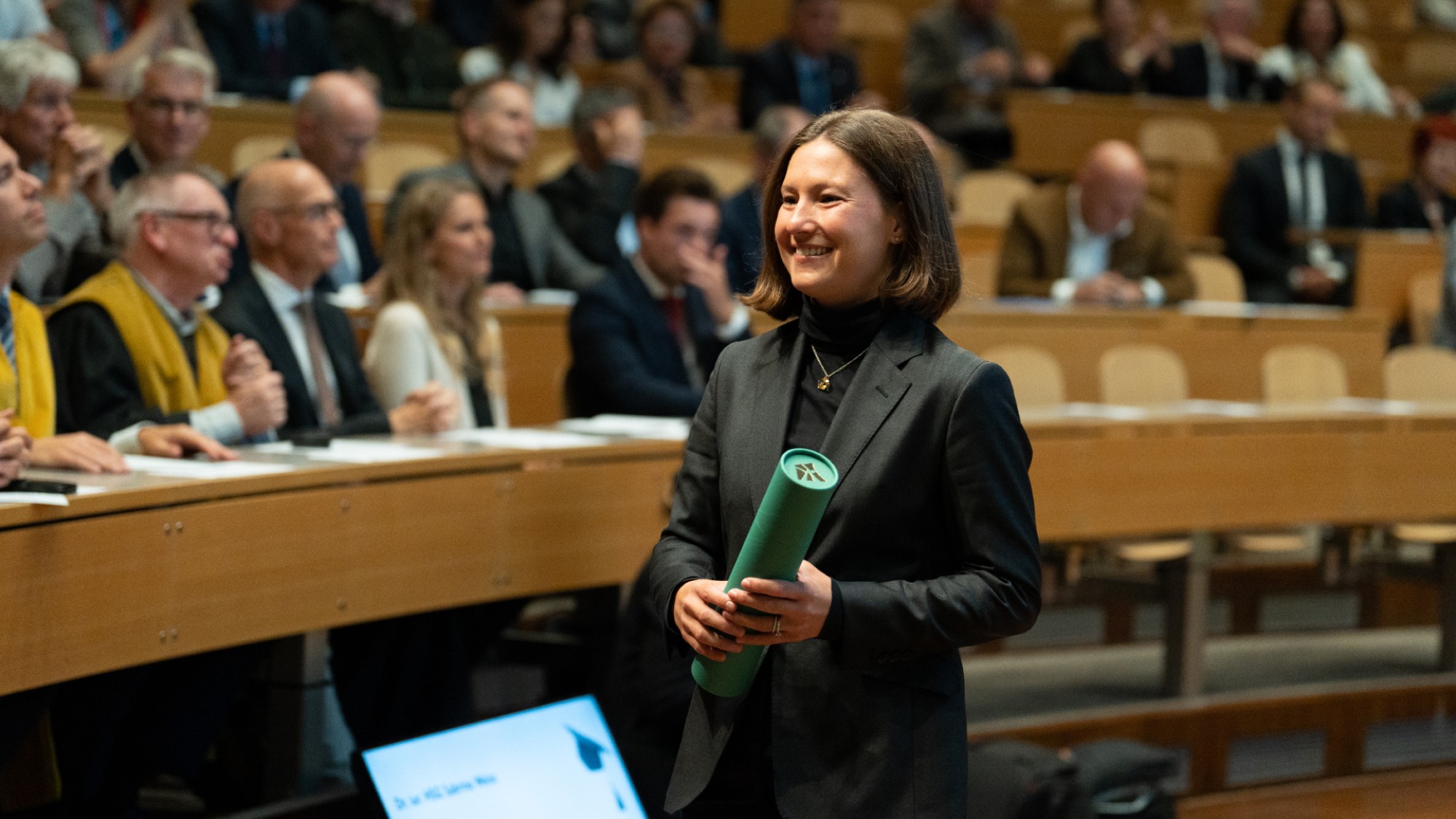 Award of ten prizes and 57 Doctor’s degrees
In the autumn, the award ceremony was an even more gratifying event, said Bernhard Ehrenzeller, since several prizes are awarded, too:

The doctor’s degrees award ceremony was brought to a close with the singing of Gaudeamus igitur and a subsequent aperitif.