Few personalities have had such privileged access to the world's powerful as the leaders of the International Committee of the Red Cross. After a decade as president of the ICRC, Peter Maurer is moving to the Basel Institute on Governance, a transition from humanitarian cooperation to the fight against corruption. An article by Professor Christoph Frei.

As guest of honour at the HSG Convention of alumni from the field of International Affairs, Peter Maurer shared his assessments of how things are developing. Here is a synthesis that respects the structure of the keynote – a tour d’horizon in ten steps.

1 What are current trends in the international system?
Cooperation and conflict are among the basic constants of international politics; what is continuously changing is the respective mix. In the aftermath of the fall of the Berlin Wall, it seemed for a while as if cooperative elements would be able to assert themselves permanently. Even then, however, highly violent interludes were never fully absent. Beginning with the Arab Spring and, more particularly, the internationalised civil war in Syria, the conflictual element came to the fore again as diverging perceptions and interests between the great powers became openly apparent. The war in Ukraine and the growing tensions over Taiwan confirm and reinforce this trend.

Longer-term developments include shifts in power from the West and North to the South and East; the continuing influence of new technologies on the mode of international politics; the transition from uni- and bipolar configurations to a multipolar world order in which a multitude of actors (well beyond sovereign states) interact with each other. Today, the global arena is characterised by uncertainty, unpredictability, and a conspicuous diffusion of power. 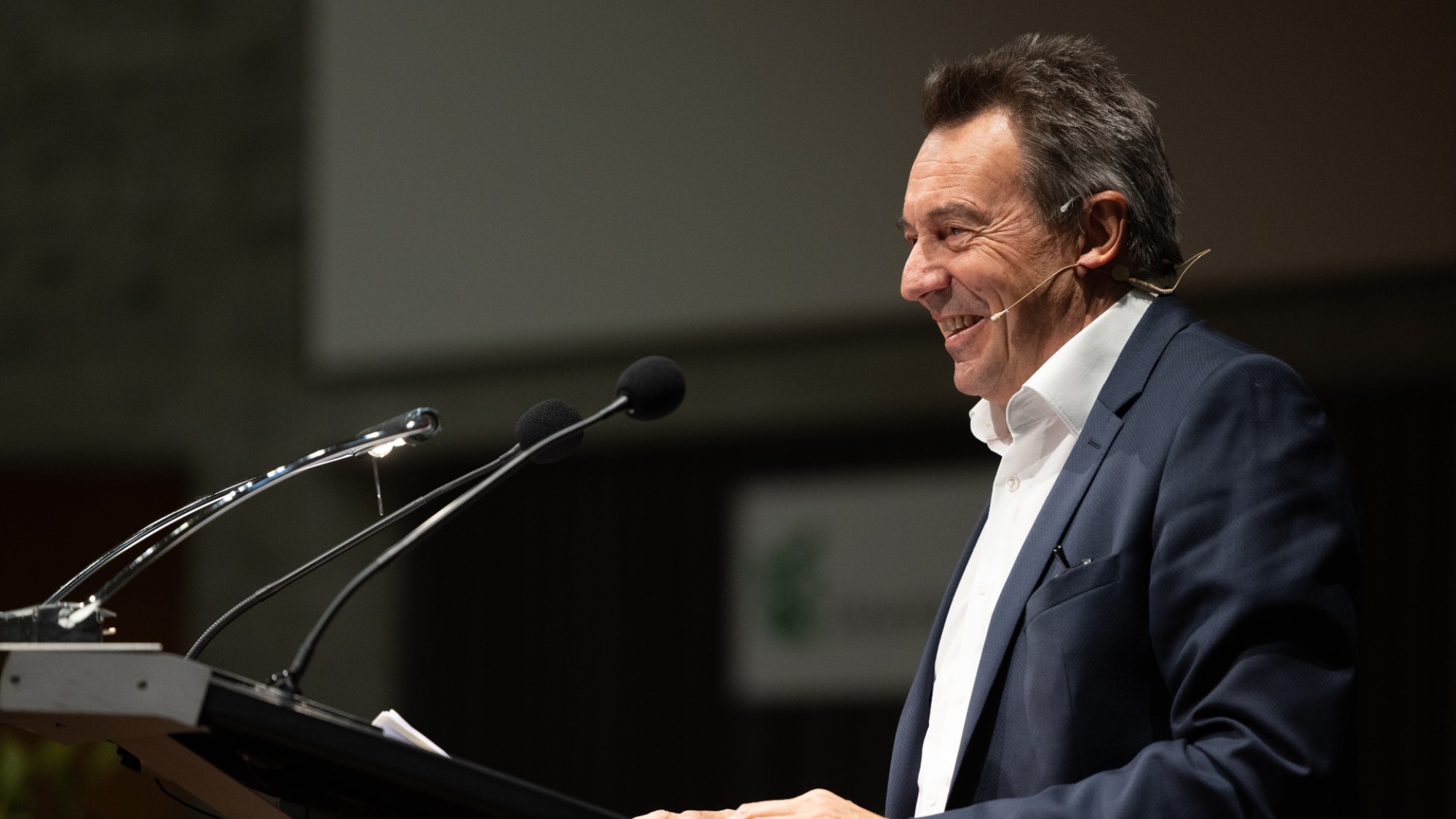 2 Indicators of fragility – an incomplete list
Whether in development cooperation or with regard to climate change: multilaterally negotiated agreements are not adequately implemented. While the majority of humans live longer, are better educated and enjoy more purchasing power than ever before, about a quarter of humanity remains excluded from the good life. The aggregate number of internally displaced people and international refugees has never been higher. Around 100 million people live outside formal state structures. The impact of modern weapons systems presents us with a host of new challenges, down to the field of international law. Modern warfare is pushing into new dimensions: beyond land, air and sea, space and digital space are among the conflict zones of the present. – This being said, it does no take violent conflicts to bring about humanitarian crises. Look at fragile statehood in all its manifestations (Lebanon, Venezuela, Afghanistan). In every instance, the need for aid dramatically exceeds what is available.

3 What emblematic conflicts tell us
Each of today's major conflicts is holding lessons of its own. The conflict in Ukraine makes us realise that Europe's current security architecture is no longer sufficient. The internationalised civil war in Syria impressively demonstrates the speed with which a moderately prosperous society can be bombed back into poverty. In Afghanistan, an overarching consensus thoughout the rest of the world is that the current rulers should not be helped. In Yemen, we see how quickly public interest in a conflict can fade in the West. Hardly anyone is reporting on the Sahel, even though that region is probably the largest deployment area for Islamist militias today. – What all these conflicts have in common: profound, long-term effects beyond conflict zones; the inability or unwillingness of the so-called community of states to act in a sustained and constructive manner.

So much for the diagnosis. What can and should be done?

4 Renewal of diplomacy
The current modus operandi in diplomatic relations lags woefully behind what would be adequate today. It also lags behind the huge potential of digital communication. Yes, the balancing of national interests in multilateral bodies is necessary. It must not, however, come at the price of neglecting the concrete interests of societies and their individual members. Today, we, the diplomats of this world, should focus on the practical dimension of life, first and foremost on the provision of basic public goods for daily use: security, water, work, mobility. The distance between diplomacy and concrete problem-solving in everyday life remains way too great.

5 The need for systemic interventions
The regional and global challenges of our time cannot be adequately addressed through selective interventions. The mission and the logic, the resources and programmes of a single organisation are no longer sufficient. If we want to solve problems, we have to overcome functional differentiation and stop thinking in silos. Partnerships, cross-border thinking are needed – also and especially in politics. Modern specialisation brings enormous advantages, but it must be complemented by a comprehensive view of the whole.

6 Innovations in the financing of global public goods
It is true that in some situations, external support beyond emergency aid is not possible. But today, humanitarian emergencies are increasingly turning into long-term crises. Therefore, one-off interventions must – at last – be complemented by investment in longer-term solutions. As is well known, such commitment does not promise returns in the short term; new financing instruments are thus more necessary than ever. Little will work without risk guarantees from the public sector, and little will improve without investments from the private sector and civil society. Blended finance, social impact bonds: What will effective financing instruments of tomorrow look like? How can we further develop today's instruments? A university such as St.Gallen is called upon to think ahead and lead the way.

7 Law and principles
When we talk about the problems of this world today, we prefer to talk about violations of law, such as international humanitarian law or human rights. The omnipresent talk of the ineffectiveness of law is a dangerous thing in itself as it undermines the very legitimacy of the law to actually guide social processes. Yes, there are violations every day and in large numbers. More often, however, law is respected. Why is that so? How can we support compliance? How do we get to a point where legal rules are seen as an obligation, not a mere invitation? – In contrast, how do we prevent mere principles and maxims of foreign policy from being elevated to the status of law? Independence and neutrality are valuable concepts for Switzerland, practical concepts that open up room for manoeuvre. Yet, where to draw the line between legal obligation and mere maxim? We should differentiate in each and every instance, even if it is demanding.

8 No idealisation of localisation
Today there seems to be a consensus that localisation is good, whereas internationalisation is problematic. This view is too one-sided for Peter Maurer. Yes, local problems are ideally solved locally; who would seriously question the time-honoured principle of subsidiarity? Wars, however, can have local causes, too. In such cases, doing nothing from the outside, or simply pouring in money, does not solve problems, but only perpetuates them. Meaningful action is based upon a clear allocation of ownership and responsibility, resources should not be granted without the imposition of real accountability – and this may require external pressure.

9 Switzerland's neutrality
From the ICRC's internal perspective, principles such as neutrality, independence and impartiality are completely undisputed even today. Without this normative foundation, humanitarian actors would endanger their own security and forfeit the very possibility of mediating effectively between parties to a conflict. With regard to sovereign states like Switzerland, neutrality is neither an unalterable norm nor an end in itself. It has a functional value that varies according to circumstances. What Switzerland should and should not do with its neutrality: these are political decisions that do not belong to individuals, but must be made through the relevant institutions.

10 Hope
The future is anything but determined. We can do, we can change something if we only want to. With a view to constructive contributions, politics and economics will not do. We need the solid, unbiased research as conducted at universities such as St.Gallen. This being said, do keep up your search for truth, keep producing robust evidence as best you can. Protect and cultivate spaces for critical, open dialogue. Last not least, enable and empower future graduates so that they can take responsibility themselves.

He is revered by his followers like a saint. But the Hindu nationalist is also polarising. Nevertheless, the West is counting on him in the battle of…

Brazil: How bad is the state of democracy?

Following the storming of the Capitol in 2021, there has now also been an attack of the government quarter in Brazil by angry citizens. Dr. Eri…

Switzerland in the UN Security Council

From January 2023, Switzerland will sit on the UN Security Council for the first time in its history as one of ten non-permanent members, alongside…